After just 18 days officially in the hills traildog Patch and I reached the first milestone (or summitstone) of 100 ‘bagged’ Mountains.

Yes, before you ask, my knees were killing me but after 20 VERTiCAL KILOMETRES (OK, just 19.98 vertical km) it’s hardly surprising! This is shaping up to be quite the adventure which has led me already to meet some amazing new people, run with far more talented runners than myself, spend a day in the fells with a lakeland legend, learn new skills, hang out with super cool Mountain Rescue folk, play chew toy tug of war with Search Dogs in training and really push myself outside my comfort zone. Whew…..what’ll the next 900 bring? Certainly plenty of flapjack!

I have definitely discovered that this challenge will make the 3PeAksRun seem like an absolute stroll in the park. There are many British mountains that are popular ‘honeypot’ summits but it is eye opening just how many others are so rarely visited. 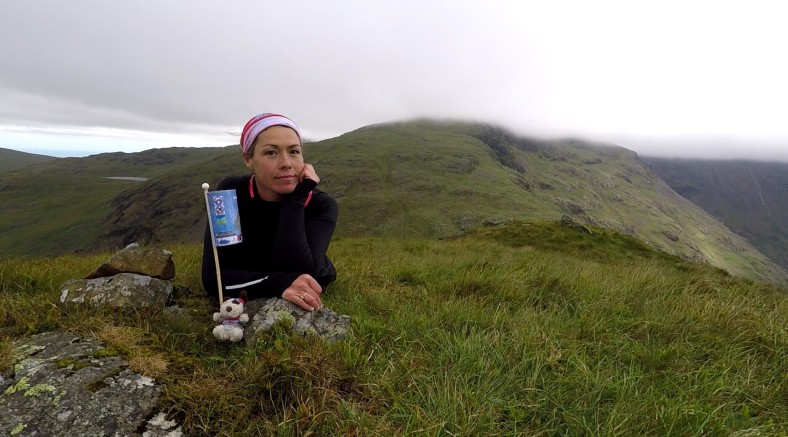 This presents a variety of daily challenges on pathless terrain testing my navigation skills and even on open access land the odd fence or wall that needs to be negotiated without upsetting any farmers or causing any damage ( getting over a dry stone wall is not to be encouraged or even condoned and requires extremely deft movement and yogi master level flexibility in order to avoid tilting a single stone out of place – don’t tell anyone that this ever happened because obviously it didn’t!) And then, don’t even get me started on PEAT HAGS and the good old moorland BOG – two of my particular favourites. On drier, rockier ground there have been some hair raising scrambles and tentative descents which have tested my nerve and the grip of my trail shoes to their sticky limit.

I was very lucky to spend many of those days during the long summer high pressures scooting around over Lake District ridges. Hot enough to invite refreshing river dips at the end of a sweaty run which was such a treat for someone generally a bit wussy about leaping into chilly UK waters! Exceptional views and the navigational confidence of clear skies and miles of perfect visibility made for a uniquely precious time on those fells, the memories of which I am sure I will be channelling many times through the coming late autumn clag and winter chill. 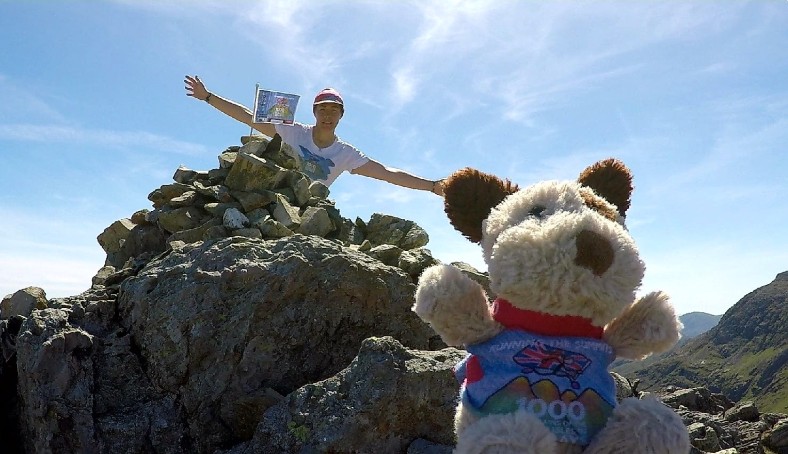 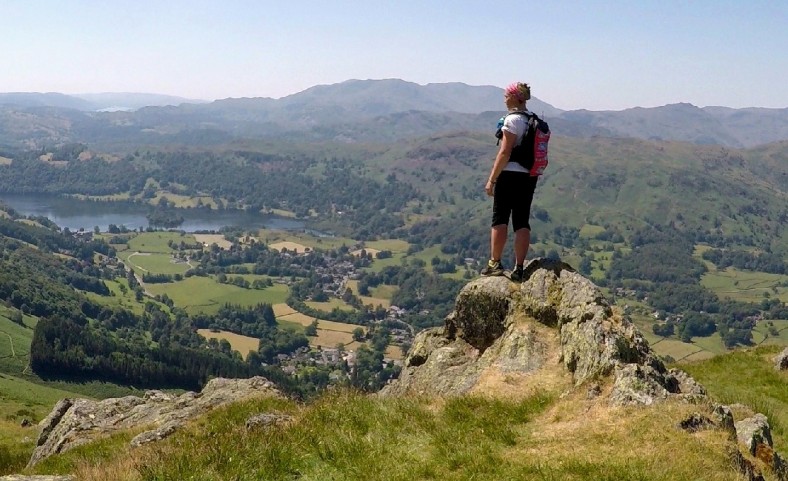 It’s been wonderful to meet other trail runners in their respective back yards to share some summits and pick up some local trail lore and there was that great Kinder ‘downfall’ when the hours we spent picking our way across the Kinder plateau in search of the highest point, Kinder Scout, resulted in a no less impressive but relatively irrelevant discovery of Crowden Head instead. Ooops!

One of the most memorable days didn’t even involve a mountain summit but a fast crossing of the Lake District from Wasdale Head to Brathay, just outside Ambleside with the very nimble fell running legend, Joss Naylor MBE. Joss was tackling a 30 mile run/walk to raise money for the Brathay Trust and many other runners were along to support him. Though no summits were visited on this outing the cumulative elevation for the day was equivalent to climbing three mountains. Joss’ strength, speed and agility over rough terrain and at 82 years of age was truly inspirational. He looks as young, fit and strong now as he did when he ran his 60 lakeland summits at 60 years of age twenty two years ago to the day. To quote his own words, the day was absolutely “magic”. 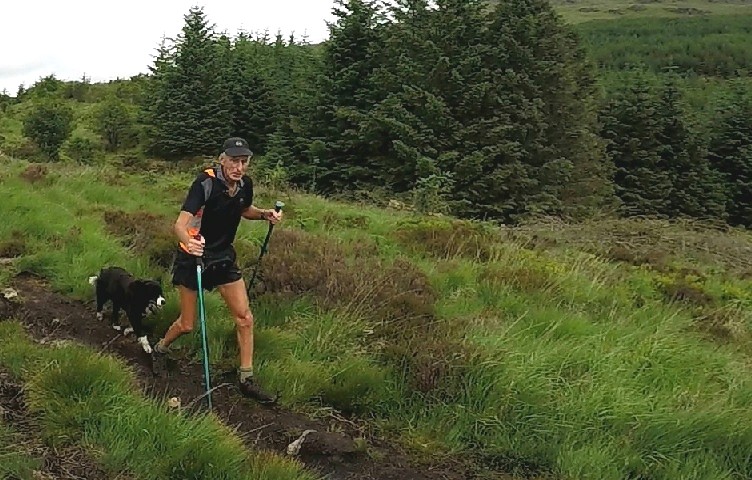 After 43 consecutive days back at work I suspect it will be quite a different scene when I get back in the hills next week.

The long days and dry trails will be gone and I expect far more of the runs will be shrouded in low cloud, with plentiful drizzle at best. But the advantage of spending so much time in the hills is the increased opportunity of being out in those fleeting yet superlative moments – cloud inversions , crisp frosty mornings and the first dusting of snow under an azure winter’s sky….very poetic.  So, packing my toasty gore tex trail shoes and fleecy buff….bring on the winter season! 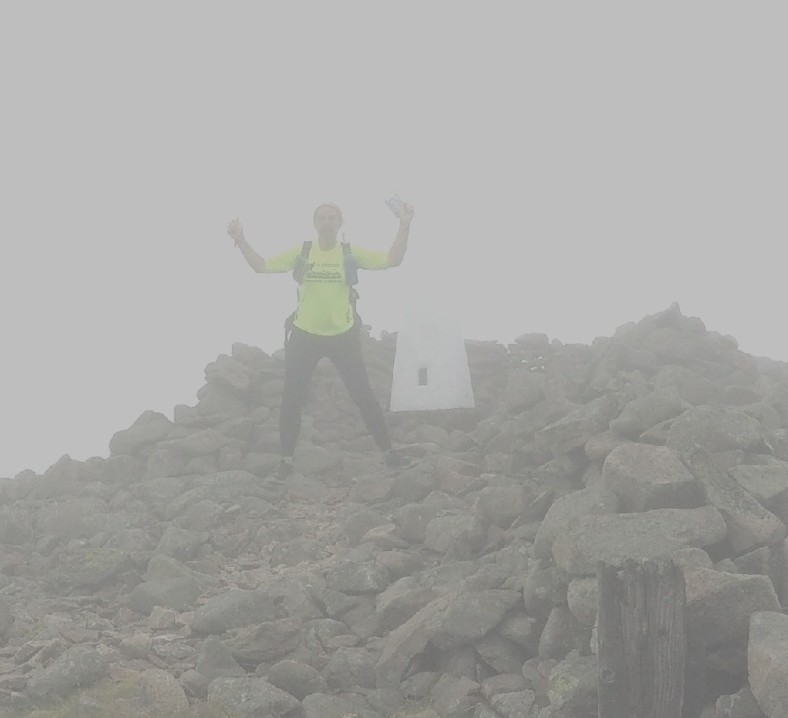