After my seemingly spontaneous decision to take my #RunningtheSummits Mountain Challenge to a whole new level it seems only fair to answer the big question……why???

When I had the idea to take myself off on a little jog over the 180 Hewitt classified ‘Mountains’ of England that in itself seemed pretty daunting and to tell the truth I found the whole idea quite scary – I only had to climb a mere THREE summits on my #3PeAksRun, on all of which I experienced bad weather and some challenging conditions, and this was summer time on the most visited mountaintops in Britain with good paths and rarely a place to find yourself really alone. Of the hundreds of other mountains around the British Isles many are much more remote, difficult to reach, pathless and far less visited places. 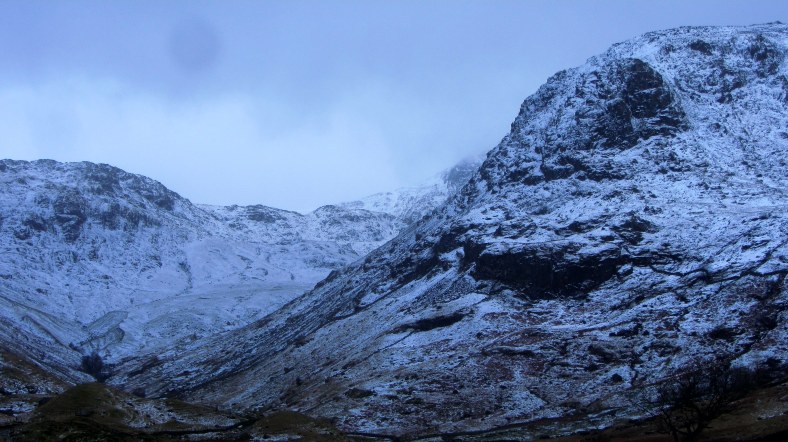 I do have a strong background of hill walking, a reasonable level of experience and have taken several courses in summer and winter hill skills and navigation, but I still hold a very cautious and wary respect for the mountains as places where I have often been tested. I relate it a little bit to the person who dives into the ocean proclaiming themselves a strong swimmer – it doesn’t matter how strong a swimmer you are, you will never be a match for nature!

But at the same time, being in the mountains has brought me moments of my greatest joy, and certainly nowadays, running trails. As trail, mountain and fellrunners will surely attest, there is nothing quite like the feeling of freedom and agility of moving quickly along a technical trail skipping lightly from rock to rock. When the trail stars align the experience is that of a sublime dance with thd landscape. Then again, when they do not and you faceplant into a tree it can smart a bit!

So the decision to attempt to reach the tops of 1000 Mountains was not taken lightly. But I was feeling that the challenge needed to be something bigger, something to really test my mettle, but also a (dare I say) ‘journey’ to experience and learn so much more about our high places. I wanted the whole experience to last longer and have the opportunity to involve many more people. I had also set a ridiculously big fundraising target and felt it needed a challenge to match.

I also seemed to be getting signs ( I know, sounds a bit sketchy) – but I kept coming across inspiring adventures of others, relating to their motives and experiences while my own growing obsession with mountains was quietly cultivating away. I was beginning to get strong emotions attached to random hills and was discovering I could recognise many peaks from photos of their ridgelines or surrounding landscapes as easily as old friends. The time was right to spend some serious time in the hills!

I recently came across a trailer for the upcoming film ‘Edie’ starring Sheila Hancock which is the story of an elderly woman fulfilling a long held dream to climb a mountain in Scotland. The mountain in question is Suilven, an enigmatic peak which had held me quite entranced when I finally saw it for the first time last winter while spending some time in this remote corner of Scotland. I was equally as inspired by Sheila Hancock. Although the story behind Edie is a work of fiction the true story is that Sheila at 83 years of age did indeed climb that mountain proving the films tag line that it’s never too late.

A final and far more straightforward reason to up my game to 1000 Mountains is simply…..because they are there? Not in a flippant sense but because we actually have so many incredible peaks in the British Isles and it seemed a shame to limit my adventure to so few of them. Climbing only those classified as Hewitts did seem to mean missing out on so many beautiful summits so the #RunningtheSummits 1000 will include peaks classified as Hewitts, Nuttalls and Scottish Munros…..all meeting the loosely accepted definition of a mountain by rising to a minimum of 2000 feet, and Marilyns, which include some lower hills but they do all have an elevation of at least 150 metres relative to the surrounding terrain making them really dominate their surroundings – true ‘mini mountains’. I also plan to include some people’s choice favourites that may not have made it onto any peak-bagging list! There have already been some fantastic hilly recommendations!

Perhaps a bit of a cliché but #RunningtheSummits has all the potential of an adventure of a lifetime for me and I can’t wait to begin. But what I am most looking forward to is seeing some of you guys out there in the glorious British hills and meeting more of the incredible people who voluntarily give their time to help others as part of the Mountain Rescue Teams, Search Dog handlers and Fix the Fells – the real heroes of this story! 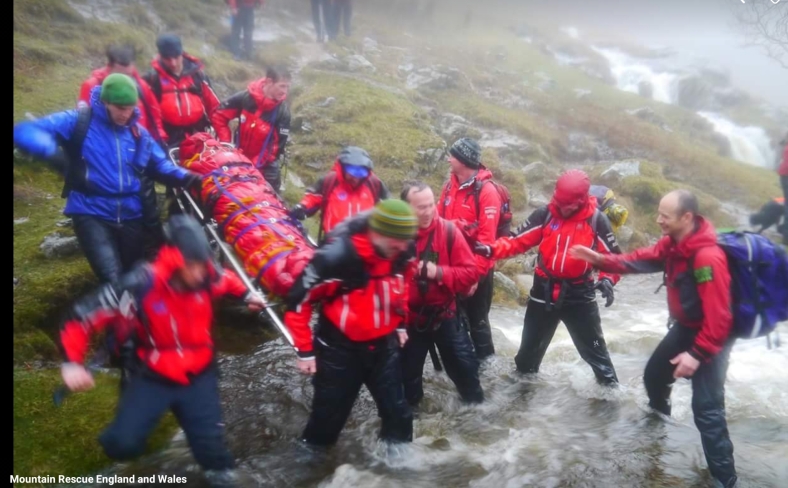 Please join this mountainous adventure by following this blog, liking the facebook page and supporting the mountain charities by donating a little if you can.

Happy trails – see you on a summit!  Tina and trail dog Patch😁👍👣🐾 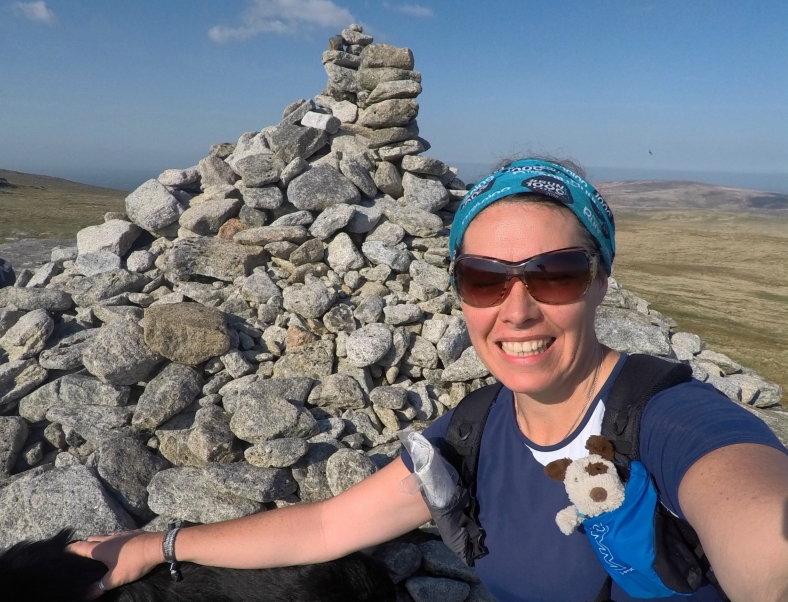